With beautiful views, sparkling blue waters, and picturesque snow-white houses, Mykonos is the most glamorous island in the Cyclades. Spend your days lounging on one of its numerous sandy beaches (there are over 20 to choose from), or explore the cobbled streets of Mykonos Town, known for its stylish boutiques. After the sun sets, dance into the small hours with the international jet-setters who flock to the island each summer for its mega-clubs playing the year’s hottest tracks.

July to September is the peak season, where clubbers from around the globe come to dance the night away to the pulsating beats of big-name DJs. Predictably, this brings with it packed beaches and rocketing prices. Coming to the island in May and October instead will give you a more laid-back experience of the island, although there’s a chance that some businesses may be closed and ferry services less regular, particularly towards the end of October.

Seafood plays a large part in the island’s cuisine: think fish slapped, still wet from the sea, to sizzle on hot chargrills. It’s worth seeking out some Mykonos delicacies as well, such as kopanisti, a type of creamy, spicy cheese often served spread on bread with tomatoes. Kremidopita, a type of cheese and onion pie, is also very popular and one of the island’s most famous dishes. You’re assured an authentic feast at Kikis Tavern, an ultra-traditional spot overlooking Agios Sostis beach; alternatively try out Eva’s Garden in Mykonos Town, with its romantic courtyard.

A visit to the historic island of Delos is a must. The mythical birthplace of the god Apollo, it’s home to one of the largest and best-preserved temple complexes in Greece, giving a fascinating glimpse into the region’s classical past.

The party never truly stops in Mykonos, and the island has acquired a rather hedonistic reputation. You’ll find sun, sand and all-day dancing at beach club venues such as Tropicana and Super Paradise; known for their wild parties and exuberant MCs. After the sun sets, enjoy cocktails in one of Mykonos Town’s many cocktail bars, before heading to mega-club Cavo Paradiso to party well into the early hours of the morning.

Where to stay in Mykonos

Mykonos Town, also known as Chora, has good links to the island’s best clubs and beaches. The island’s other hubs are centred around beaches. Elia, Ornos and Psarou are popular spots, and you’ll be well-catered for by shops and restaurants, as well as easy bus connections to Chora.

How to get there

Mykonos International Airport has regular flights from around Europe, making getting to the island a breeze. If you’re planning on island-hopping, ferries arrive and depart from the new harbour a short distance north of the main town itself

WHY BOOK WITH US?

ONLY THE MOST CHIC

Each hotel specially selected for its unique charm

If you find your stay cheaper elsewhere we will give you £50 towards your next stay with us.

Please ask for details about our airport transfer service 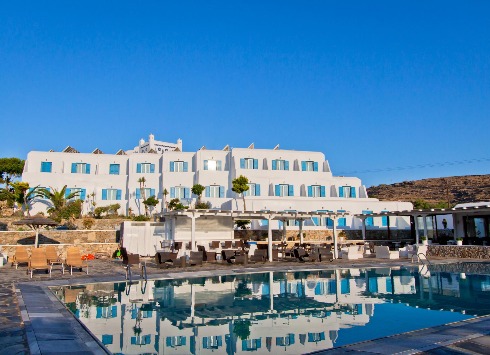 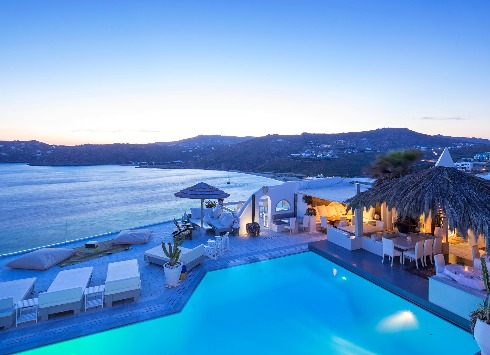 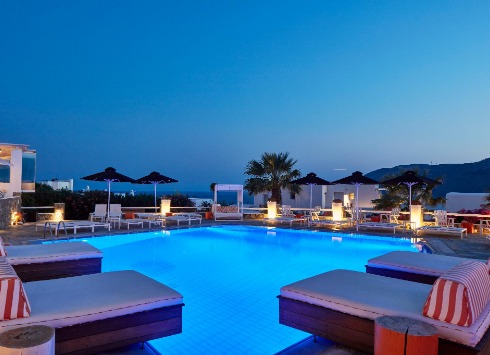 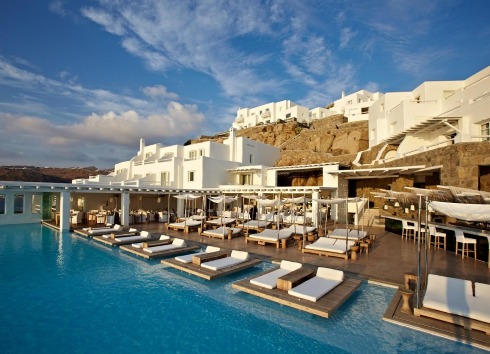 DISCOVER CHIC INSPIRATION IN YOUR INBOX

Subscribe to our newsletter for weekly travel inspiration and special offers.